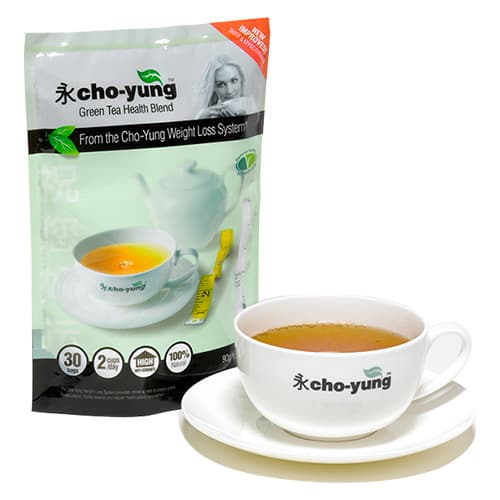 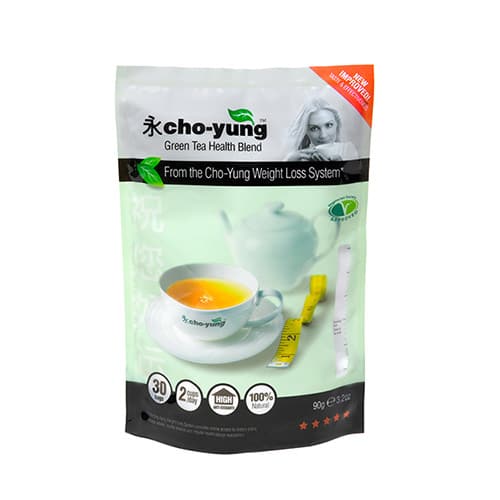 Made with completely natural ingredients, the Green Tea Health Blend is a premium herbal tea designed to aid weight management and support wellbeing. With so many health products out there, this blend offers a great option for those looking for something delicious and enjoyable. Plus, it is a super simple programme to follow - it’s literally as easy as drinking a cup of tea twice a day!

What makes the Green Tea Health Blend unique from others out there is it’s premium infusion of ingredients. This includes traditional Oolong Tea, sweet Honeysuckle and calming Lotus Leaf. Not only does the combination found in the tea give it a fantastic herbal taste and aroma, it also gives it a number of great health benefits!

Product that you are looking for is no longer available, please select from an alternative below.

Existing for thousands of years, the Lotus has become a staple in many regions of the world. In Egypt they represent rebirth in the afterlife whilst in India the petals represent the elements of the earth. For our health, they are known to be relaxing, making them a great addition to herbal tea. They are also said to be great for helping the body to detox.

A traditional semi-fermented Chinese green tea, Oolong is produced through a specific process, giving it its characteristic taste and aroma. Although it only represents around 2% of the worlds global tea quantities, it is hugely beneficial for the body. This is because it contains a wealth of minerals including manganese, potassium, sodium and magnesium.

Also called Jiaogulan, Gynostemma is known as an adaptogen herb. This means it can help balance the body and promote a healthy equilibrium. One way it does this is by helping to protect the body against both internal and external stress. It is also said to be useful for healthy digestion and promoting weight management.

This pretty climbing shrub is most commonly found in North Asia, Russia, Northern Europe and Northern Canada and is known for its sweet aroma. Honeysuckle is said to be great for the body as it is known to support digestive function. It is also useful for helping to purify and strengthen the body from within.

Known also as Cao Jue Ming, Cassia Seeds are part of the Leguminosae family and commonly found in tropical areas of China, India and Africa. They have many benefits, with one of the most popular being for digestion, especially when consumed as part of a tea. It is also said to have cooling properties and can be beneficial for detoxing the body.

Extracted from the plant Stevia rebaudiana, Stevia is a popular sugar substitute. As you may guess from this, it’s main benefit is having a sweet sugar-like taste but without the calories. For it’s other health benefits, a study conducted on the plant extract showed that stevia consumption appears to be positively associated to normal weight.

Considered one of the most diverse and widely utilised crops in the world, Hemp fibres are thought of as the longest and most durable of all natural fibres. It has many benefits for the body, including supporting appetite management and helping you to avoid the call of cravings. Due to being high in both soluble and insoluble fibre, it can also be beneficial for digestion.

The Green Tea Health Blend has been designed to be hassle free to use, it’s literally as easy as making a cup of tea! Simply place a tea bag into a cup, mug or a warmed pot (for one person) and then add boiling water. Leave it to infuse for around 5 minutes, remove the tea bag and then you’re ready to enjoy. If preferred, you can also add a healthy extra for taste such as lemon or honey.

As the Green Tea Health Blend is made with only natural plant-based ingredients, it is safe to consume with no known side effects. If you have not had this tea before, we recommend reading through the full ingredients list for any personal allergens. If you are on medication or have ongoing health concerns, consult your doctor before use. This tea is not intended for pregnant or lactating women or those under the age of 18.

Tastes great! Unlike other slimming teas, I have been trying that have been awful.

Cho yung tea is nice. It's sensibly priced unlike other teas like this and unlike those, this actually works.

I feel great after having this every day, tastes nice too!

It takes time to show the results, but it does show them unlike other products in market.

Next day delivery is fulfilled as promised and package was discreet, so all well. Cheers!!

The live chat service is useful and informative. Happy with the service.

not sure if this worked

This is good quality but expensive