We have designed some wonderful products that enable you to reap the benefits of Coconut, whilst feeling confident in their premium quality. At WeightWorld, you will only ever receive the best and most up to date creations, made with the finest ingredients. Rich in both fibre and nutrients, the coconut is packed with vitamins and minerals. From cooking and baking to handy beauty tricks, it is an extremely versatile superfood. Have a go at our exciting recipes Matcha Coconut Ice and Coconut Maca Porridge! You can buy our Organic Coconut Oil and Sugar from this website. Check them out now!
Read More

All Products In This Category 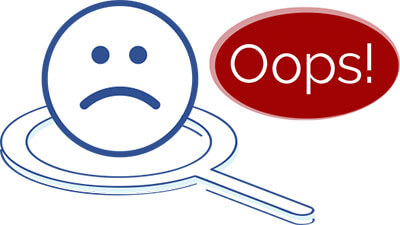 No Result
The filters you have chosen didn’t match any of our products. Please reset the filter and modify your search.

No Result
The filters you have chosen didn’t match any of our products. Please reset the filter and modify your search.

What is a coconut? 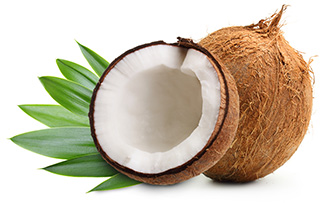 The coconut tree (Cocos nucifera) is a member of the palm family or Arecaceae. The term was originally spelt as ‘cocoanut’ which comes from the 16th century spanish word coco which means ‘head’ or ‘skull’. It was given this name for the three indentations that are commonly found on the shell that they thought looked like eyes and a nose or mouth in a skull. This is what then gave both the fruit and the tree its name.

Although still a thoroughly debated topic, it is though that this palm originates from the Indian-Indonesian region. Nowadays though it is largely popular and grown around the world in tropical and subtropical climates with the top coconut producing countries said to be Indonesia, the Philippines, India, Brazil and Sri Lanka. The tree is a large palm that can grow up to 98 foot high while the leaves can grow from between 13 to 20 foot long. As it is such a large palm tree it can take up to six to ten years for the first fruits to grow and a typical tree can produce between 30 to 75 fruits a year depending on growing conditions.

The fruit has had many uses throughout the years. Traditionally all parts of the tree were used from the leaves to the fruit in daily life. Throughout the Pacific Islands the leaves were often used for roofing houses as well as woven into baskets to carry food. The wood from tree was used to build structures as well as traditional canoes. The shells were also used to carry water. As with many plants, it was also used to make native medicines to aid a variety of illness and ailments.

Another interesting use is that the tree was used to make a thick sweet syrup that is said to be similar to modern maple syrup. This was made from the trees sap which was slowly extracted over two to three days and then boiled. This natural syrup was often used as a sweetener or mixed with water to make a sweet tasting drink. Alternatively, once harvested the sap could be left for a day to ferment which created an alcoholic drink said to be an old version of modern beer.

Is coconut a fruit?

The coconut is the fruit of the tree. Although commonly misconceived as a nut (due to the word being in the name) it is actually technically a drupe. A drupe is also called a stone fruit, and is when the flesh surrounds a single shell (such as a pit or stone) with a seed or kernel inside. Examples of typical drupes include peaches, plums, cherries, olives and mangoes. The only difference between these and a coconut is that the outer part or husk of the fruit is dry so it is therefore classed as a dry, fibrous drupe.

Is coconut good for you?

As a fruit it is of course good for us as one of our five-a-day. The fruit is also full of beneficial nutrients and has a high nutritional value. It is said to contain:

Coconut is said to have many great benefits and even more if you get creative with its uses. Here are just some of the potential benefits:

What is coconut oil?

The oil is the oil extracted from the meat or flesh of mature coconut fruit. There are traditionally two ways to extract the oil called ‘wet’ or ‘dry’ processing. In dry processing the oil is extracted and dried using heat either from fire or the sun. This is then pressed to product the oil, although it usually to a low standard which is why wet processing is usually preferred. Wet processing doesn’t consist of drying out the extract oil but instead uses raw fruit making it a higher quality.

What is oil pulling?

Oil pulling is a traditional technique that was used to improve oral hygiene in times before common dental care practices such as toothpaste. The oil pulling technique consists of holding natural oils in the mouth and ‘pulling’ it between the teeth to help remove plaque and bacteria. Oil pulling can be done by a number of natural oils including sunflower oil and sesame oil, however coconut is usually preferred due to its association with having anti-bacterial properties.

The tree and fruit is popular in many traditional dishes where it is natively grown and is often seen in recipes ranging from soups to main courses to desserts. Nowadays, it is also commonly used in a number of ways including: 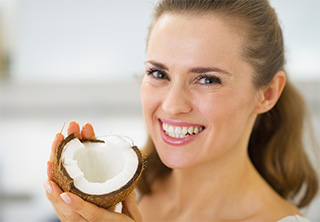 Coconut really is one of the most versatile of the superfoods when it comes to eating and cooking and there are so many ways it can be consumed that it just depends on your imagination!

Its oil is one of the world's most weight loss friendly fat composed of fatty acids that act as metabolism booster. The water of this tropical fruit also aids weight management and is both sweet-salty in taste. Both the oil and water is extra beneficial for skin and hair. Coming to the flour, it is low on the glycemic index and has low sugar content with easy to digest carbohydrates and calories that heavily impact weight management. Benefits of coconut flour include metabolism booster, digestive catalyst and high fiber content. Whether you plan to consume coconut in water, oil, fruit or flour form - timing it right in your present food habit is important if you want it to help you in losing weight.

Where to buy coconut oil, sugar and flour

While the fruit itself can be commonly found, the oil, sugar and flour form can be a bit more specific. Due to their many health benefits and as they are considered to be healthy alternatives to their typically found counterparts, these products are of course found on WeightWorld!

For those looking for a healthier way to fry their foods or as an alternative to butter, coconut oil could be ideal. The sugar and flour can also be ideal for those looking for a healthier cane sugar alternative or gluten-free flour option. Here at WeightWorld we offer high-quality organic coconut products as we believe in giving our customers the best we can in order to help them achieve their health and wellbeing goals.

*It is important to note that the results of our products may vary with each individual user. You should always use these products alongside a nutritionally balanced diet and a regular exercise regime. All customer reviews found on this website are genuine.

What Are The Benefits of Coconut Oil?